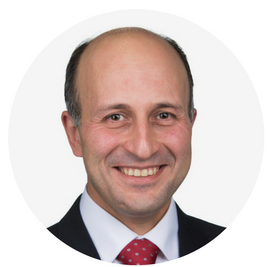 With a successful record of executive positions with high profile companies and as an industry innovation award winner, Pedram has contributed to a number of major projects across Australia and overseas.

Prior to this, Pedram was Head of Planning & Risk with UGL Engineering in a wide range of projects across Water, Power Generation, Power Systems, Coal, LNG/Oil & Gas.

Pedram is an innovation award winner from Australia’s Roads and Maritime Services (RMS) authority and CPB Contractors (previously known as Leighton Contractors) for his exceptional knowledge and practical application of statistical analysis and the Primavera system in analysing project risks and schedules.

As well as being the NSW President of Risk Engineering Society (RES) since 2013, Pedram has been a committee member of a number of international risk and project controls conferences including deputy-chair of RISK 2016 Conference in Sydney, Australia.

These days, development and delivery of most major projects need a unique combination of proactive risk management skills, experience and approached to identify, assess and manage the most optimum contingency allowances.

The use of Quantitative Cost and Schedule Risk Analysis (QRA) for estimating appropriate levels of cost and schedule contingency allowances on major projects is common in many organisations. Many companies offer QRA services as part of their cost-estimating and scheduling arsenal, with varying degrees of effectiveness in relation to QRA preparation, workshop techniques and the subsequent reporting of QRA outcomes.

Pedram’s presentation will outline an explanation of the basics, recommended approach to achieving effective QRA outcomes and common tools and techniques as well as few recent case studies across Australia. The discussion will address the importance of effective pre-QRA briefings, the importance of basis-of-estimate and basis-of-schedule documents, and the importance of documenting the assumptions and reasoning behind the quality of input data, the key elements of the model and its outcomes.